Happy Victory Day!
On the eve of the holiday, we heartily congratulate you on the great Victory Day! May 9, 1945 in the memory of the public is a symbol of courage, steadfastness and stability of our people. Heroism...
read more
END_OF_DOCUMENT_TOKEN_TO_BE_REPLACED

The territory of the National Natural Park "Buyratau" is a foothill steppes, wide valleys, steep rocky slopes and deep gorges, characteristic of the Kazakh highlands. The territories of this specially protected area are isolated from the settlements of the Karaganda and Akmola regions, which creates favorable conditions for the growth of different types of plant communities.

Previously, the species composition of vascular plants in the amount of 504 taxa was given for the park territory, however, the research was continued.

In 2020, a critical analysis revealed the growth of 610 species of vascular plants from 288 genera and 75 families in the study area.

The results of the study of the species composition of the flora of vascular plants showed that on the territory of the State Scientific and Production Enterprise "Buyratau" in the branch "Belodymovsky" there are 265 species of medicinal plants assigned to 165 genera and 55 families, in the branch "Ereimentau" 231 species from 152 genera and 51 families.

Based on the survey results, we identified the growth of 7 endemic plant species from 6 genera and 5 families in the park. The life forms and basic conditions for the growth of these species have been determined. The largest number of species belongs to herbaceous perennial plants. None of the species are listed by the IUCN.

It should be noted that endemic plant species are the most vulnerable targets. They have an insignificant habitat, often poorly withstand the action of anthropogenic factors.

In Central Kazakhstan, the species composition and distribution of endemic species are still poorly understood and therefore complex studies are needed.

It can be assumed that new finds can be expected on the territory of this natural-geographical region, which may be unique for the vegetation cover of the northeastern rocky hills. 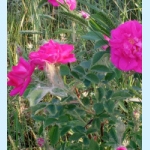 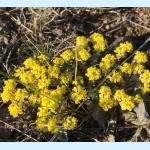 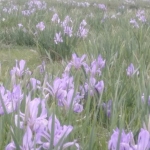 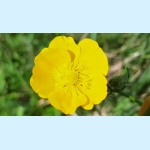 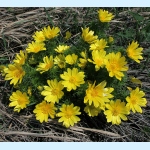 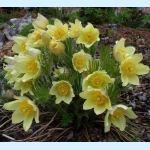